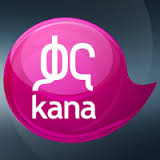 Kana TV  is one of the best Ethiopian channels in the satellite, broadcast on all Ethiopian areas by Nilesat and Yah sat satellite and can be watched free to air. Kana channel is a private satellite television from Ethiopia launched on 2016, Kana TV becomes the popular TV on Ethiopia with the best content as Time show that featuring the last and popular music, Mindin Talking show, Kana news, Kara para ask, and  Kana passport are the most viewed programs on the channel. without forgetting Turkish dramas such as 'Kuzey Güney' (North-South) and 'Kara Para Aşk' (Black Money Love)

Watch Kana TV via satellite on the frequencies given below: