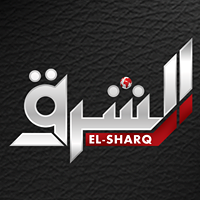 Elsharq channel is an Egyptian channel that broadcasts outside Egypt concerned with Egyptian affairs and exposes the military coup. To watch the  Al Sherq TV channel voice  of truth and hope through digital satellite reception is possible within the Arab countries other than the countries of the Maghreb, especially Algeria, Morocco and Europe via Nilesat, but can be captured and watch the channel within all Arab countries and Europe via satellite Hotbord.

Watch the live broadcast of Al Sherq TV on the Internet and follow the media: Moataz Matar, Sami Kamal al-Din, Salama Abdulqawi, Haitham Abu Khalil, Said al-Haj, Ahmed al-Arabi, Mohammed al-Qadousi, Salim Azouz and Tarek Abdel Jaber .. and others. Through the official website of the channel here: http://www.elsharq.tv/
You can also watch the Elsharq channel via the frequency of the East channel on Nilesat or Hotboard referred to below: